Home MHEDA Journal Gearing Up for an Upswing

Gearing Up for an Upswing

ITR Economics CEO Brian Beaulieu will be presenting at the MHEDA Convention on Monday, May 4, 2020, from 1:45 p.m. – 2:45 p.m. at the Hilton Orlando Bonnet Creek Hotel in Orlando, Florida. His presentation, “The 2020-2023 Business Cycle” will discuss the current business cycle status of the United States and how MHEDA members can prepare themselves for the coming upswing in the economy in the second half of next year. Brian was gracious enough to discuss his presentation and the state of the economy with The MHEDA Journal for this issue of the magazine.

The MHEDA Journal: Can you give an overview of some of the things you will be presenting at the 2020 MHEDA Convention?

Brian Beaulieu: My message to the group is going to be, the leading indicators are turning positive. Enough have turned positive by now, that really your only immediate thought from a technical standpoint, is that there is a rise coming and I want you to be ready for it. Make sure you have the money and materials and people power to make it happen. And really, on top of that, I’m laying on the strategic message, which is that on the other side of the rise, there is an economic period that is going to be painful. So use the rise to figure out how you can strategically position your business to avoid the decline.

TMJ: You produce quarterly reports for MHEDA members. What should members be looking for in those reports so that they know when the rise is coming or on the flipside, this is about to slow down?

BB: The report is really more about tactical information. More near-term looking, over the next year to maybe six quarters. So the answer is two-fold. We provide a leading indicator snap shot. So, when it’s currently red dots, as it is in the October issue, as those start turning green, you can gain in confidence about the rising trend. In terms of support for that, later on there is always our U.S. Material Handling Equipment New Orders forecast, demonstrated out there. That’s how they can tie the tactical leading indicator input to what they see forecasted in terms of the rise. And then, as the green dots start turning red, unless we have changed the back half of that forecast, where we show the decline begins in 2022, they should know that that’s the portion that they need to think strategically about to avoid that next decline. Nobody likes going through a soft period. So, start working today on how you’re going to avoid the next soft period.

TMJ: What are some of the things that members should be doing to capitalize on the upswing next year?

BB: Well, I’d be asking myself what new equipment I will need to really capitalize on the rising trend. People are going to stay in short supply. So I don’t think you should necessarily spend the money now, but if my red dots start turning into green dots, I’m going to want to spend that money. So figure out now where you are going to deploy your working capital. Have that already decided. Figure out which markets are going to serve you best. Going into 2021, 2022, 2023, I’d rather be in the food processing market place than I would be automotive. So, to the extent that you can, you start placing more emphasis on, “What am I going to need, so that I can compete in the stronger markets?” Maybe that means I have to start thinking differently in terms of my capital requirements, the sort of people I’m looking for, the sales folks I’m going to need to get me more business in some of these more upbeat markets.

TMJ: Every year when we have this conversation, I’m putting together the distributor and supplier forecasts. And every time there’s an election year, they talk about how it’s going depend on who wins to see how business is going to go. But you’ve always talked about how that is a little bit overblown…

BB: Not a little bit. Way overblown. Let me give you a few stats. That thinking is very prevalent out there. We looked at how the economy performs on average when there is a Republican in the Oval Office vs. when there is a Democrat in the Oval Office. And we’ve always said that there is no statistical difference, party is meaningless. To prove that point, the numbers are that when there is a Republican in the Oval Office, the economy on average grows, and this is since 1976, the economy grows at 2.81%. That’s the average growth rate. When there is a Democrat in the Oval Office, the economy grows at 2.85%. Given the sampling error, that’s virtually the same number. So, it’s not a question of whether it’s a Republican or Democrat that wins the presidency, it’s much more a question of their policies and what actually gets passed into law. So, the short answer is: Nothing is going to change regarding our 2021 forecast based on the election. Those trends, those megatrends, are established already. We’ll know, as we go through 2020, if there will be any deviation. It has nothing to do with the election. Now, maybe 2022 changes, based on a radical shift in political thinking one way or the other, but barring that, and seeing that actually become the law of the land, we’re not likely to change our thinking a whole lot. Take the significant tax law changes of 2018. We’re still having the slump occur right now in 2019. What do people think is really going to happen in a short period of time?

TMJ: It just seems like, with the 24/7 news cycle, it feels like we’re more divided on issues like free trade, nationalism vs. globalism, the difference in the ways that nominees claim they’ll handle the tax code, etc. Have we always had those ideological divides and they’re just more emphasized now? Or are we truly more divided than ever before? And if that’s the case, does that still not change your opinion?

BB: It doesn’t change my opinion. The discourse has always been there. Always should be in quotes though. The reason I say that is that the discourse is a lot more vitriolic now because of the technology. We don’t have to worry about being civil with each other when we’re not face-to-face. When we’re having discourse using 1s and 0s on Twitter or Facebook. So it has become more divisive, but if you study history, it’s always been pretty rancorous. Someone my age, I remember Ronald Reagan sitting down with Tip O’Neil once per week. They were politically on opposite ends of the spectrum, but always civil and respectful. They knew each one was a patriot and they could talk. And because that’s what happened in the 80s, people think that’s the norm. If only we could go back to that norm. And the reality is, if you look at history, that was the abnormal. That wasn’t the norm. Those two men were abnormal in their ability to be civil to each other despite their political differences. So there is no miracle cure for this. It’s just the way our political system is set up.

The other part of what I tell people is that this is the primary season. You’re going to hear all sorts of strange and wonderful things during the primary season. Let’s wait until we get into the general election before we start worrying about these things.

TMJ: There has been talk, for what seems like the dozenth time, about a possible trade deal with China and the passage of the USMCA. Is that already baked into your projections, or if they both come to pass and they’re ratified by Congress, would that impact your projection?

BB: It’s pretty much already baked in. I would love to see the USMCA passed. The odds of that actually happening decrease every day. Politically, the Democrats are not going to sign off on that. So if it were to pass, that would be a positive as far as ITR is concerned. And it may become a positive for 2022 and 2023. These things take time. And it’s not likely to pass in 2020 for political reasons. As far as the trade deal with China, I’ve become very jaded. Who knows if it’s going to pass or not. We claim all sorts of victories, but when you look at the real numbers, the numbers are thus: China has learned to distrust us. They’ve already found alternative sourcing to U.S. goods and they’re much better at blocking and tackling when it comes to trade than we are. The U.S. doesn’t come out a winner in all this and neither do the Chinese. Even if there is a new trade bill, the damage has been done. I’m not about to take up my forecasts just because we’ve agreed on how we’re going to handle ourselves. I’ve assumed all along that we were going to figure this out and get past all the rhetoric.

TMJ: Getting away from Washington, but if you were in an elevator and you had 5 minutes with a MHEDA member and they asked you, “Give me one piece of advice.” You only have time to say one thing, what would you say?

BB: My one piece of advice would be to apply the Pareto Principal to your news input. Realize that 80% of what you’re taking in on the news or hearing that is seemingly important is actually not important. It is not going to have a material impact on your life. So focus on the 20% that will. And the 20% that will gives you a lot more time, once you identify that 20% to really focus on those important things. Look at the leading indicators. The data isn’t going to lie. Stop reading about someone’s interpretation of future policy events that may or may not happen. Deal with the reality that you are presented with and figure out how you are going to overcome. You’re supposed to be an economic Marine if you are doing business in America. So get back to that. You can deal with what you’re presented with and use the tools that are available to you and you will adapt and you will overcome and you will thrive. Just know the lay of the land, like any good Marine will tell you. You know the lay of the land, you do some recon, and don’t get fooled by all the nonsense that is out there.

TMJ: Anything we didn’t touch on that you want members to know ahead of your presentation?

BB: Just that Alan and I and all of ITR, we think that the 2020s will be a good decade. Now is the time, given the low interest rates, to borrow money to invest in yourselves and invest in your people. Invest in America; be U.S.-centric in your thinking and in your market penetration. It’s going to be a good decade, so dare. Do not hesitate. Dare to believe in the future and you will be richly rewarded. 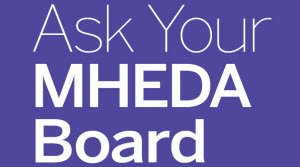 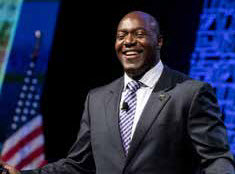 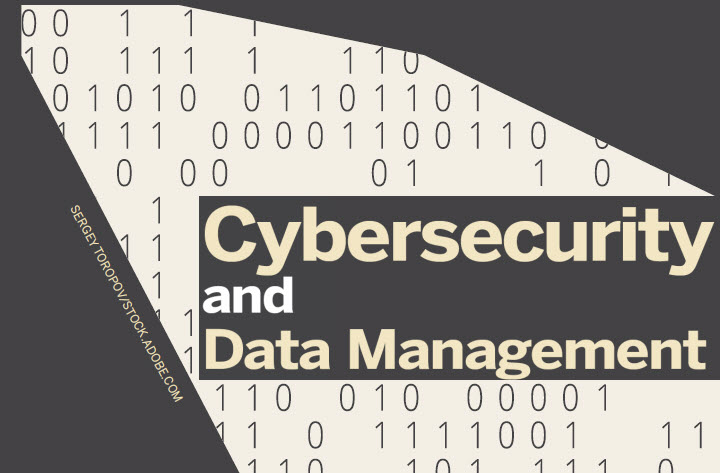 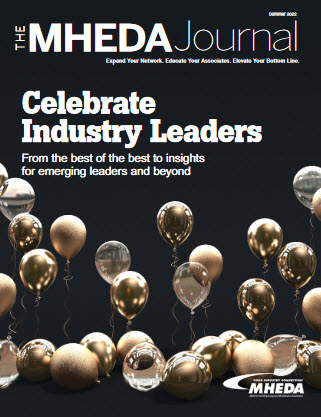