Why Do MHEDA Members Give Back?

Member companies regularly give back to their local communities to support their employees, customers and community. They also know it is good business. Studies show that giving back has a positive impact on organizations by helping make them become an employer of choice.

Here are a few examples of MHEDA members’ generosity. 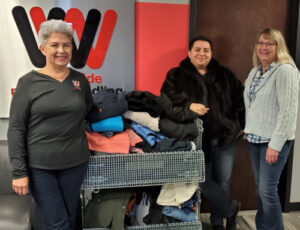 Generosity is alive and well among the staff at Worldwide Material Handling! Their most recent charity venture involved collecting coats, hats, and gloves over the past couple of months. The entirety of collected goods were donated to the Chicago Bears Coat Drive – an annual drive now in its 31st year running. Jewel Osco partners with the Bears for this cause by collecting these donations at every single Jewel location across Chicagoland. The Salvation Army then takes the wheel and distributes the winter clothing to people in need throughout Chicago and its surrounding suburbs.

With Chicago winters being as ruthless as they are, these donations bring a significant change to the lives of people we may pass every day on the street. For many people waiting to receive coats from this program, a coat could mean staying warm on their walk to school or while outside at recess. To others, it could be a promise of simply staying alive overnight.

Worldwide’s staff took to their own closets for these donations which resulted in a total of 40 coats, 11 pairs of gloves, and 6 hats! They are hopeful that these items will help make life a little easier for at least 40 people this winter. 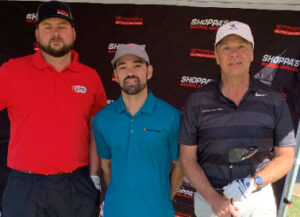 Shoppa’s Material Handling is a big name in Texas. With nine locations and more to come, Shoppa’s has been a staple in the community since 1981. Whether providing one-stop shop solutions like system design, equipment integration, fleet optimization, or logistics solutions – Shoppa’s always supports their community and local charities through Give Back efforts throughout the year.

For nearly 10 years, Shoppa’s hosts a Golf Invitational for customers and vendors to raise money for the North Texas Food Bank. 1 in every 5 kids in North Texas is food insecure. This statistic came as a shock to many. Shoppa’s feels strongly about tackling the issue of hunger in North Texas and wants to make a difference so that no child fears where their next meal will come from. The entire Shoppa’s team is dedicated to helping this issue and has raised as much as $10,000 each year to help the cause. Shoppa’s matches the amount raise to do twice the good!

During the holiday’s Shoppa’s often volunteers for the North Texas Food Bank by participating in a company-wide event called “Can Structure.” Employees collect cans throughout the year and together, build the cans into a statuesque structure around the holidays.

In addition to volunteering for North Texas Food Bank, Shoppa’s will align its Give Back efforts with Toyota and support the American Red Cross during 2021. A proud MHEDA Member since 2013, Shoppa’s is dedicated to its community and to continuous improvement for the material handling industry. 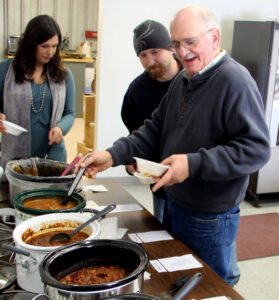 Each year, employees work on their individual chili recipes, and some years Morse employees sample up to ten different types of chili. At five dollars a bowl, it is an easy decision for every employee to purchase a bowl and start sampling. Employees will vote on their favorite recipe, and by the end of the day the clear winner is the chili pot without any chili left. The winner of the Cook-Off chooses a charity, and Morse Manufacturing will match the total amount.

Last year, the winner chose to donate to Camp Good Days, which is dedicated to improving the quality of life for children whose lives have been touched by cancer. “This has become a very special event for us, because every year we donate to different charities and we see how different people are touched by different things,” says Nate Andrews, President of Morse Manufacturing.

Other charities Morse Manufacturing gives to are United Way and the American Heart Association. A Specialist in Drum Handling, MHEDA Member since 1985, and MVS (Most Valuable Supplier) Award Winner since 2016, Morse Manufacturing continues to demonstrate a commitment to their community, their employees, and the industry.

On one of the largest days of giving in the state of Minnesota, the AK team rolled up its sleeves and got to work in the wee hours of the morning. Several AK team members, working on behalf of our nonprofit Give Back Crew, took part in Second Harvest Heartland’s Pack to the Max extravaganza on Give to the Max Day in Minnesota. Team members arrived at the Brooklyn Park, Minn. facility at 4 a.m. and packed over 8,000 lbs. of food in the two-hour shift. 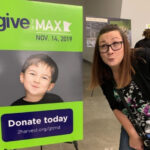 As part of Give to the Max Day, all donations to Second Harvest will be matched up to $325,000 by Post Consumer Brands and The Mosaic Company Foundation. For more information, or to donate, click here.

Following the early-morning event at Second Harvest, several team members made their way over to Rush Creek Golf Course to support CROSS Services Peace of Mind benefit breakfast. The Peace of Mind Fund is in place to help families stay in their homes during times of financial crisis. CROSS offers food, financial, family, and other services to those in need of help in the Northwest Suburban area of Minneapolis. Their Peace of Mind fund is receiving matching funds from First Class Mortgage and the Maple Grove Lions Club. For more information, or to donate, click here.

Send MHEDA Information About Your Give Back Event

Why does MHEDA Give Back?

MHEDA exists to serve our members and contribute to the common good of the industry. We are comprised of members who want to make an impact and strengthen their communities within and outside of the industry. MHEDA’s Give Back Initiative is yet another common ground for our members to band together and feel good about our purpose.

MHEDA’s First Give Back Event took place at the 2016 annual convention in Washington D.C. and sparks a movement within the association. Due to the large turnout, and enthusiasm from members, MHEDA now incorporates a Give Back Event to every Convention and other conferences throughout the year.

Here are a few examples of MHEDA Give Back Events.

Monroe Carell Jr. Children’s Hospital at Vanderbilt
During the first MHEDA-NET Live event in Nashville Members packed Activity Kits and Care kits for the Monroe Carell Jr. Children’s Hospital at Vanderbilt. Erin Rothwell, Senior Administrative Assistant, Child Life and Volunteer Services says, “these bags are very helpful for us in supplying activities to the patients at bedside, and are particularly beneficial for patients who are unable to come to the playrooms to play. Activity and Care Kits that are donated can also be given to almost any area in the hospital –playrooms, bedside carts, waiting rooms, the Emergency Department, and so on. One of the primary goals of our Child Life department is to help kids do “normal” kid things, even when they are in the hospital, so that they can effectively cope with their hospital stay. Helping kids just be kids actually promotes healing and allows them to go home faster. Donations from our community help make that happen every day!”

American Red Cross
MHEDA Members assembled comfort kits, which were distributed in a number of ways through American Red Cross: Veterans in the Washington DC area who may be homeless; Soldiers arriving back from duty at Andrews Air Force Base; Patients at military hospitals; or anyone who may have suffered through a disaster, such as a fire in their home or for those who might have to stay in a shelter for a night or two.

Blessings in a Backpack
MHEDA Members assembled backpacks to provide food on the weekends for elementary school children across America who might otherwise go hungry.

SickKids
During the Regional Networking Summit at Concept Storage in Canada, MHEDA collected Matchbox Cars, books and monetary donations for The Hospital for Sick Children (SickKids).

Dress for Success
During the First Women in Industry Conference, women brought business clothing which was donated to Dress for Success. Dress for Success is an international not-for-profit organization that empowers women to achieve economic independence by providing a network of support, professional attire and the development tools to help women thrive in work and in life.