Since Cisco-Eagle was founded in 1970 by Warren Gandall, the company has expanded to offices in nine states with $90 million in annual revenues. Cisco-Eagle is a systems integrator that specializes in conveyor and storage systems, automation, space optimization, safety and security for industrial facilities.

Cisco-Eagle, Inc. has completed projects in all U.S. states and over 70 countries.

In 1974, Warren invited his lifelong friend Bill Cupps to partner with him. The company, then called Eagle Material Handling, grew rapidly, acquiring or expanding first to Oklahoma City, then to Little Rock, Arkansas. Later, offices throughout Texas—Dallas, San Antonio, Houston and Austin—followed. The company has sales offices in Michigan, Missouri, Virginia, Arizona and Florida, as well as a new facility in Nashville, Tennessee.

“It was always about our employees,” said Warren Gandall, company founder and chairman of the board. “They brought us to where we are and will take us into the future.”

“I couldn’t have picked a better place to have spent the last 46 years,” said Vice President Bill Cupps.

Darein Gandall was named company president in 2013. “Bill and Warren were the perfect partners,” he said. “Warren brought a visionary sales and marketing mindset, which Bill complemented with his analytical mind and focus. I’m privileged that I got to learn from them both.”

In 2000, Cisco-Eagle became employee-owned through an ESOP (Employee Stock Ownership Plan). All employees are shareholders at Cisco-Eagle. “We are owners,” said Darein Gandall, “and we act like it. We think it sets our service apart. If you think about it, it’s always best to deal with a company owner, and we have 130 of them. They think like owners, they have the information, and they make better decisions because of it.”

“This company would not have progressed the way it’s grown without each and every employee,” said Elbert Haggard, who worked at Cisco-Eagle for over four decades and was an early partner in the company. “We felt the way to repay those employees was to make them owners of the company.”

Cisco-Eagle thrived by teaching a generation of new employees how to how to run a company its way—a way that put people first while valuing initiative and creativity. “Warren and Bill realized that you didn’t have to put profit before people. If you empowered people, profit would come,” said Darein Gandall. 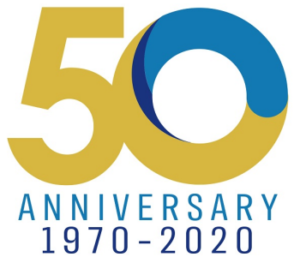 “Our people stay with us more than double the national average,” Darein Gandall added. “We have people who have been here twenty, thirty, forty years. When your customers are operating warehouses and facilities with longer term projects and needs, they need that kind of stability. You can usually work with the same team you worked with ten years ago. That’s important to our customers.”

That ability to retain its employees has also been coupled with innovation. The company invented a new technology, AisleCop, which helps manage dangerous interactions between forklifts and pedestrians in warehouse and factory settings. Its engineering groups frequently solve complex handling, order picking and space planning problems with innovative ideas and new technologies. Its digital and ecommerce presence are widely regarded as groundbreaking in the industry.

“We don’t stand still,” said Darein Gandall. “Bill and Warren taught us to not be satisfied, to always find ways to improve.” The company adheres to Total Quality Management and Open Book principles to help empower that innovation.

“At fifty, we’re grateful to the friends, business partners and customers we’ve met along the way. We’re so fortunate to have the customers we have. Above all, we’re grateful for the exceptional employee-owners who have consistently gone above and beyond to make it happen.”