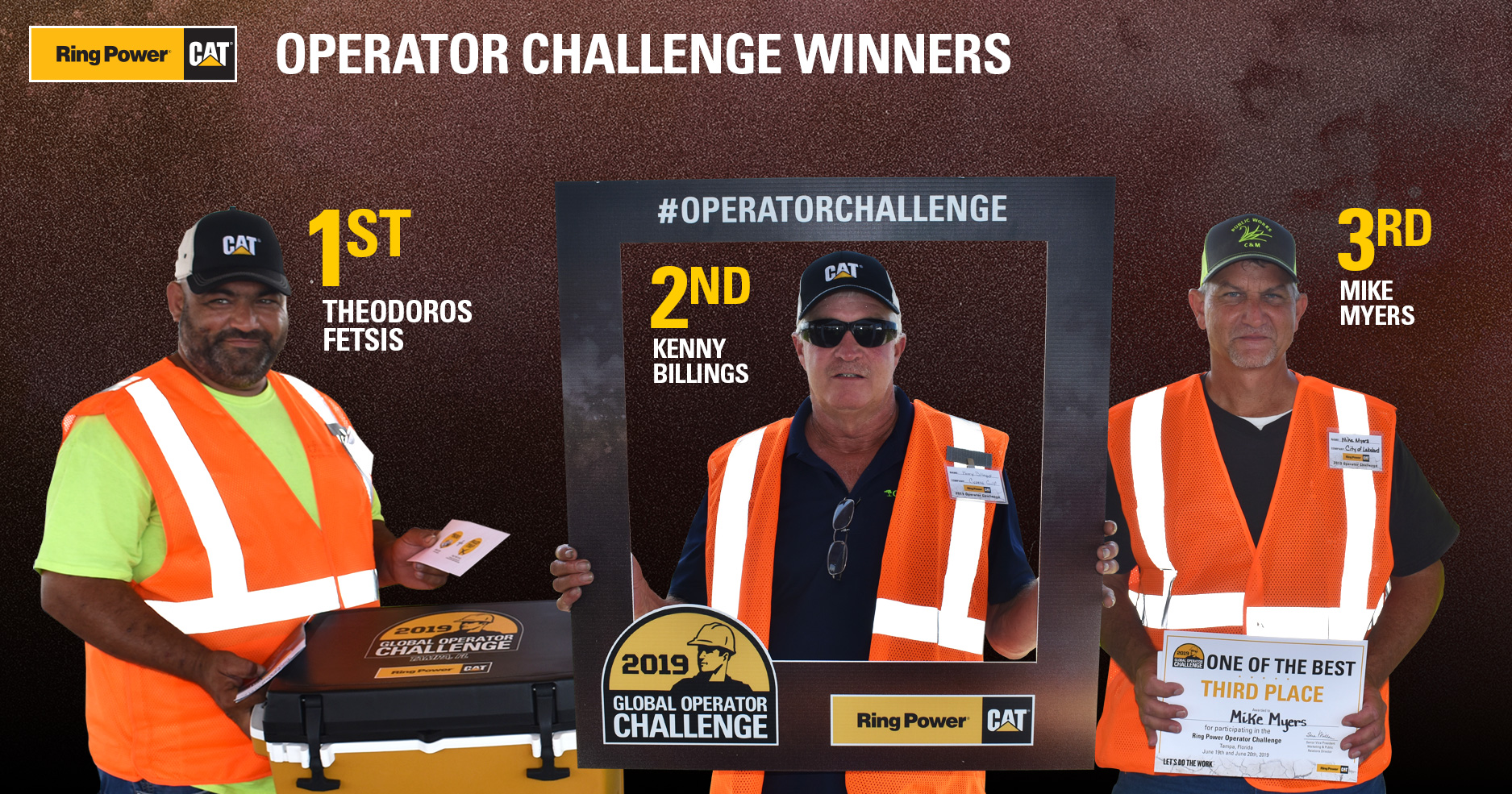 Operators competed in a range of Cat earthmoving equipment and tasks. Each performance was scored based on speed, accuracy and operating best practice.

A total of 38 operators competed during the two-day event.

The Grand Prize Winner was determined by calculating the contestants’ scores for both days. The operator with the best average score was named the winner and was awarded $500 and a Cat cooler.

The local event champion will advance to the North American Regional Finals in Clayton, North Carolina, October 21-25, 2019. Theodoros Fetsis is unable to travel to the event, therefore Kenny Billings will represent Ring Power in the Regional Finals.

The Regional champions will then advance to compete against operators from around the world, 23 countries, at the Global Finals at ConExpo, Las Vegas, NV in 2020!