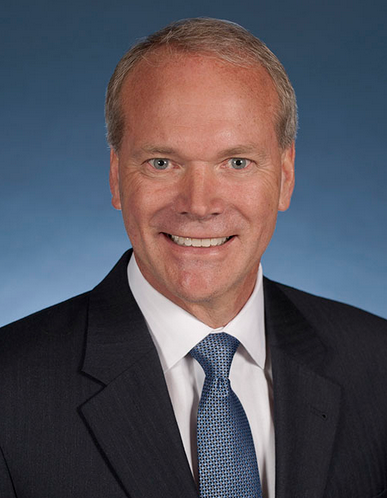 Wood, a 31-year veteran of Toyota, will maintain his current responsibilities as TMHNA President & CEO in addition to his new role as an officer of TICO.

“Brett’s appointment as a TICO executive properly reflects the significant contribution he has made to our company’s material handling equipment business,” said TICO Chairman Ted Toyoda. “I look forward to Brett’s continued contribution to the global TICO Group in this new role.”

Wood began his material handling career at Toyota in 1989 as an entry-level engineer and has held many leadership positions within the company in the three-plus decades since then. As President & CEO of TMHNA, Wood oversees two main group companies – Toyota Material Handling (TMH) in Columbus, Indiana, and The Raymond Corporation in Greene, New York. Toyota has been the top forklift brand in North America since 2002, and one out of every three forklifts sold in North America today is either a Toyota or Raymond Product.

“I am extremely humbled and honored for this opportunity,” Wood said. “This isn’t just about me – it’s a reflection on the great team we have at TMHNA, the success that we’ve had in the past, and the vision and focus we have for the future. I look forward to helping continue TICO’s collective growth and success and hopefully offer a different perspective to TICO’s strategic vision.”

Wood has regularly given back to the material handling industry during his career. He has served as the President and Vice President of Material Handling Industry (MHI), and is the current Chairman of the organization. Wood previously served as the Chairman of the Board of Directors and Engineering Committee Chairman for the Industrial Truck Association (ITA), and currently serves on the ITA Executive Committee. He also served as a member of the Manufacturers Board of Advisors for the Material Handling Equipment Distributors Association (MHEDA). Wood is the first TICO executive to be elected to these industry board positions.

TICO was founded by Sakichi Toyoda in 1926 as a manufacturer of automatic looms and is the company from which Toyota Motor Corporation was founded, by Sakichi’s son, Kiichiro Toyoda.

Today, TICO is a $20.2B company headquartered in Kariya, Aichi, Japan with more than 66,000 employees and 275 group companies worldwide. TICO is a global leader in material handling, textile machinery, and car air-conditioning compressors, and also has a strong global presence in advanced logistics and automotive engines and electronics. In addition, TICO produces the RAV4 for Toyota Motor Corporation.

“I look forward to working with the other TICO divisions to identify potential synergies from the other business groups and to expand my viewpoint beyond just the material handling world,” Wood said. “I would like to learn what makes these other companies successful and see if there are any best practices that I could bring back to our North American team.”

About Toyota Material Handling
Toyota Material Handling North America (TMHNA), the industry leader in forklift sales, is composed of two main group companies: Toyota Material Handling, Inc. and The Raymond Corporation. One in three forklifts sold in North America is either a Toyota or Raymond product. With nearly 2.5 million square feet of manufacturing space, TMHNA is composed of five manufacturing plant locations: Columbus, Indiana; Greene, New York; Muscatine, Iowa; East Chicago, Indiana and Oakville, Ontario, Canada that produce racking products and more than 1,500 forklifts per week. With an annual revenue of over $4 billion, TMHNA has more than 10,000 associates and more than 300 dealer locations to support Toyota and Raymond customers throughout North America.