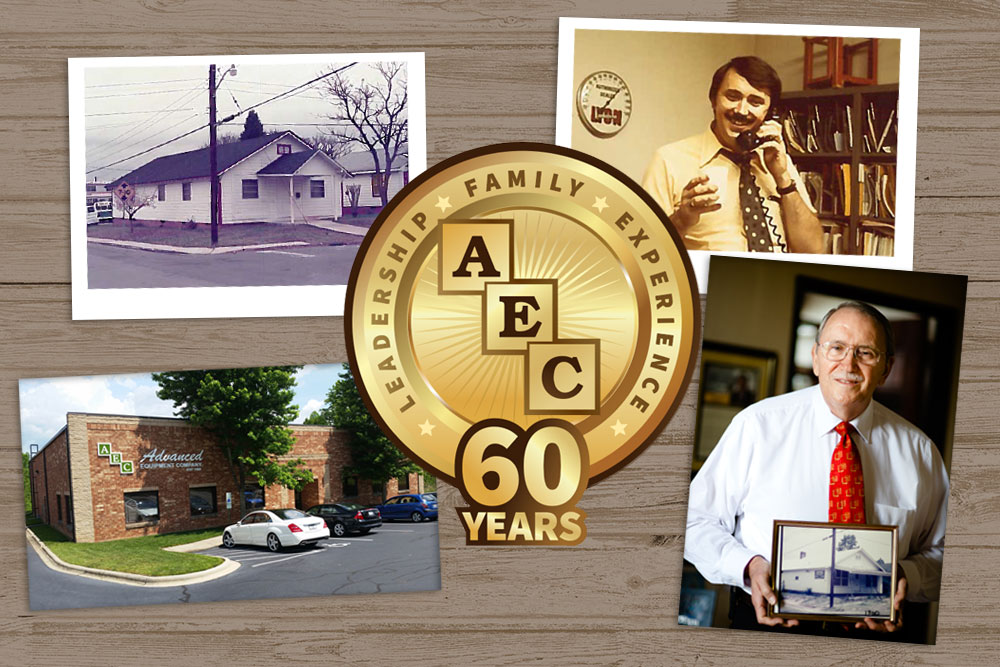 In 1960, Advanced Equipment Company was born. Since that starting point, AEC has been a powerhouse of the material handling industry—and if you ask company president Darin Boik, much of that success comes down to lessons learned in the early days of the business.

“Former owner Herman Pfeifer designed the structure and culture of Advanced Equipment Company,“ said Boik. “He believed in doing things the right way no matter what, and took pride in the respect the company built with customers and suppliers.”

It was in 1964 that AEC took on the Hytrol Conveyor line, gaining them another important piece of the puzzle that is AEC’s success.

“Another influence on us was Sam Leone, Vice President of Marketing for Hytrol Conveyor. The man was the Master of Hospitality, and what we learned from him about how to treat customers and business associates cannot be measured.”

From these two teachers came current AEC CEO and owner Larry Abernathy. Abernathy was an employee from the very beginning of AEC, and became part of the sales force in the mid-1960s. He went on to purchase the company at Pfeifer’s request. “It was like a father selling to his son,” says Boik.

“Larry has a saying,” says Boik, “’everything has changed but everything still remains the same.’ Technology changes and product designs evolve, but what it takes to care for a customer remains the same. We work hard to develop strong relationships with our customers and top suppliers, and those relationships are key to our continued success and growth.”

In the 60 years since the company was created, the material handling world has greatly evolved. Drawing boards have given way to tablets, storage and equipment supply has given way to the much more broadly defined “material handling solutions” service, and the average speed with which a project can be conceptualized and completed has increased several times over.

“The next 60 years are going to be fun,” says Boik. “There’s going to be more automation, autonomous vehicles and more need for companies like AEC who understand how to apply it.”

But as the technology continues to evolve, Abernathy’s saying remains true: everything has changed, but everything still remains the same.

“60 years means a strong foundation and long track record of taking care of our customers,” says Boik. “Larry gives credit for that to Herman Pfeifer, but he’s just being modest. Larry is the heart and soul of what AEC is today, and his mentality of “do the right thing” is ingrained in all of us.”

The family-like atmosphere at AEC, led by Abernathy, has also served to strengthen the company by making it a place where employees remain for long periods of time. One employee, Tony Stewart, just celebrated his 50th anniversary with the company.

“AEC has been a great place to work, and we’re all very proud to work for a special owner,” says Boik. “Our guys are very giving of their time and take a lot of pride in what they do. The value of service and support you get is unmatched, and that’s what has made AEC such a strong, stable company.”