The U.S. is poised to recover from the economic fallout caused by COVID-19

BY BRIAN BEAULIEU AND STEVE GUGLIELMO

ITR Economics CEO Brian Beaulieu is well-known throughout our association members as one of the most trusted experts in economic forecasting. His combination of dry wit and precision accuracy of forecasting economic trends has made him appointment viewing at MHEDA Conventions and on MHEDA-TV. This year, as he has done in the past, Brian will be presenting at the MHEDA Convention. In these unprecedented times, his message is one of hope and optimism that the worst of the economic fallout from COVID is behind us and that 2021 is poised to be a year of recovery from our economy. Brian was gracious enough to be interviewed for the Forecast Issue and share his insights about the state of the economy and its impact on MHEDA members.

The MHEDA Journal: It has been a difficult year. Can you talk about some of the things you will be discussing at Convention next year, if you can plan that far ahead?

Brian Beaulieu: We will be continuing to track COVID, and most importantly the economic fallout from COVID. That will vary from Governors who are reticent about opening up their economies further, to states that have really seen a significant decline in their revenues, and that will have a local impact as well as having industry-wide impacts in terms of construction and infrastructure. For most of us, though, the bottom line is that as long as they let us move about the country, to borrow a Southwest Airlines expression, the economy is poised to go. Right now, today, all the leading indicators are pointing upward. Retail sales are running above year ago levels. The only thing holding us back is fear of COVID or Governors shutting us down. So, the sooner we can get a viable vaccine out there and into people’s hands, the sooner we’re really going to know what normal feels like again. But we think that won’t be until 2022. We have recovery until 2022, but we don’t see real growth in the economy at large until 2022.

TMJ: You said in a presentation this year that the forecast was “assuming, and contingent on, not having a second prolonged shut down.” So, now that we’re kind of going into that second wave period that you just mentioned, more restrictions are being put in place, but not quite to the level where were in April, does that change the calculus for next year?

BB: It does not change the calculus because there was a word in the mix that you just mentioned and that was “prolonged.” The headlines say, “Michigan shuts down!” or “New Mexico shuts down!” But when you read the articles it’s for two weeks. There is no prolonged about it. We’re just trying to get through Christmas. We shut down until mid-January. And also, we’ve all learned how to do business without being in the office, to varying degrees, of course. So, it doesn’t change the calculus yet because we’re not seeing the same draconian steps, and we’re not seeing that they are prolonged closures.

TMJ: There is a phrase that has become popular during the pandemic that I was hoping you could put into some perspective. That is, “The stock market is not the economy.” Can you explain what that means and if you agree with that line of thinking?

BB: I don’t agree with it in that the stock market is reflecting economic realities. To the extent that people don’t understand that or can’t see that, it’s because they’re looking at the wrong realities. Where I can agree with that statement, though, is that you and I might go about living our lives no matter what the stock market did today or did last week. It doesn’t have a big impact on the vast majority of us. We’re going to do what we want to do, when we want to do it, regardless. So, to that extent, it’s not the economy.

TMJ: I don’t want to beat a dead horse, but every four years we talk about how the elections don’t really matter. This year, though, it seems like with the COVID crisis, there are really divergent opinions on the best course of action between the two candidates, as far as restrictions. Do you feel that this year it matters more than most or is it still overblown?

BB: I do think that this year it does matter more than most for the reason that you stipulated. Here is the thing, though. The President does not have the constitutional authority to shut down state economies. The Governors only have that authority. So, there will be more pressure coming from Washington. And Washington can surely influence the decision making. But a President Biden could not enforce his will across the states. And even when it comes to a mandatory mask rule for the country, he can’t enforce that. He does not have that power. The Governor of Missouri has already said, “With all due respect, Missouri will decide if it wants to participate in that and we are not inclined to do so, right now.” So, there is a lot of bluster and maybe hope, but the ultimate reality is far from clear. I think a lot of our members can breathe a sigh of relief with what we call an “unaligned Congress.” We’ll have a Blue oval office and a Purple Congress. That means a lot of the tax changes that the Biden team campaigned on probably won’t come to fruition for at least two years. That increases a sense of stability. It’s almost business as usual. And that’s good for all of us.

BB: I really do. They range from the simple, like, “Gosh, Mom was right. I should wash my hands and not sneeze on people.” But also, COVID has really accelerated the e-commerce trend. It was obviously alive and well before then, but my charts show that it has clearly been accelerated because of COVID. And some industries will clearly gain from that phenomenon. That is going to become very apparent, just in the next two years. Overall non-residential construction is about to enter its own decline that will last well into 2022. But warehouse construction and other logistics type construction is beginning a brand-new rising trend. Two starkly different outcomes. And so, it depends on which side of the “new norm” you are on. I wouldn’t want to be owning an office building, but I sure would want to be involved in storage facilities, warehousing, etc.

TMJ: I spoke with a member who phrased it in a way that I thought was interesting. He said it, “Just accelerated trends that were already going to happen. So, things that might have happened in five years are happening now.” He mentioned e-commerce, like you did, as well as automation. So, these are all things that you expect to continue and accelerate?

BB: Expect them to continue, yes. But the distributed workforce, I’m not sure that’s going to accelerate. I’m not sure we’ll see e-commerce continue at the same pace that we’ve seen in 2020. When a natural disaster changes a trend, it can leave a lasting mark that you can’t extrapolate from what happened during that national disaster.

BB: Yes. And I’m not sure how much it’s related to simply COVID. COVID seems to have been an additional impetus. We did a lot of work on onshoring or reshoring. That trend is very real. Seeing companies shorten their supply chains and that means bringing more of their supply chain, not all of it, back into the United States is real. Between the Trump tariffs, Obama tariffs, COVID-19 and Biden’s attitude toward it all, those trends are probably going to accelerate over the next several years. That’s an area that will be laden with opportunities for people who are aware of it and constantly scanning for that in their industry and in their locale, as long as they have it on their radar. It’s not a one-off when it happens. It’s part of a bigger trend.

TMJ: You mentioned the tariffs. Do you foresee a Biden administration continuing or abiding by the trade deals that were negotiated under the Trump administration?

BB: We are assuming that for the big ones, like the one with China, it’s pretty much going to remain as is. If you’re talking about our trade relationship with Iran, that’s likely going to change. One matters a whole lot more than the other, obviously, in terms of near-term economics. Just looking at the Biden platform, he’s determined that environmental issues and human rights are going to be a factor in all of his decisions. And on those two scores, for instance, China does very poorly. So why would he want to change what President Trump has set in motion? I don’t know that he would want to.

TMJ: You said last year that he might be a little bit less bombastic about it, but you still expect some of those barriers to continue to be erected.

TMJ: The USMCA, that is one that shouldn’t be impacted?

BB: I don’t think so, at all. It’s really a well-done treaty. We see no economic reason or political reason to pull out of that.

TMJ: I like to finish each interview with an elevator pitch. If you were in an elevator with one of our members and you had 30 seconds to give your best piece of advice, what would it be?

BB: It would be an overarching thought and it would be this. The U.S. isn’t done being number one. Our ascendency is not finished. We’ve got the tools to make this happen for a lot longer. Demographics, rule of law, natural resources. China is going through the zenith of its time in economic history. It will be increasingly dependent on being a military power rather than an economic power. Everything that we see going on here that we’ve been talking about does not bode well for China. But it does bode well for the United States. I would say, stay U.S.-focused, U.S.-centric, and bet on the U.S. to continue to carry the day.

TMJ: Anything we didn’t touch on that you think is important to mention?

BB: Just one more brief thing that I learned when doing the research for a webinar we hosted yesterday. It feels like we’re an extremely divided nation ready to tear each other apart. I think a lot of that has to do with social media. When you as the everyday person out there, which is what Pew Research Center has done, that animosity isn’t any more amped up than it has been over the last 10 to 11 years. It’s just louder because of social media. But I don’t think the hardcore feelings are there for ordinary people. And I take great comfort in that. 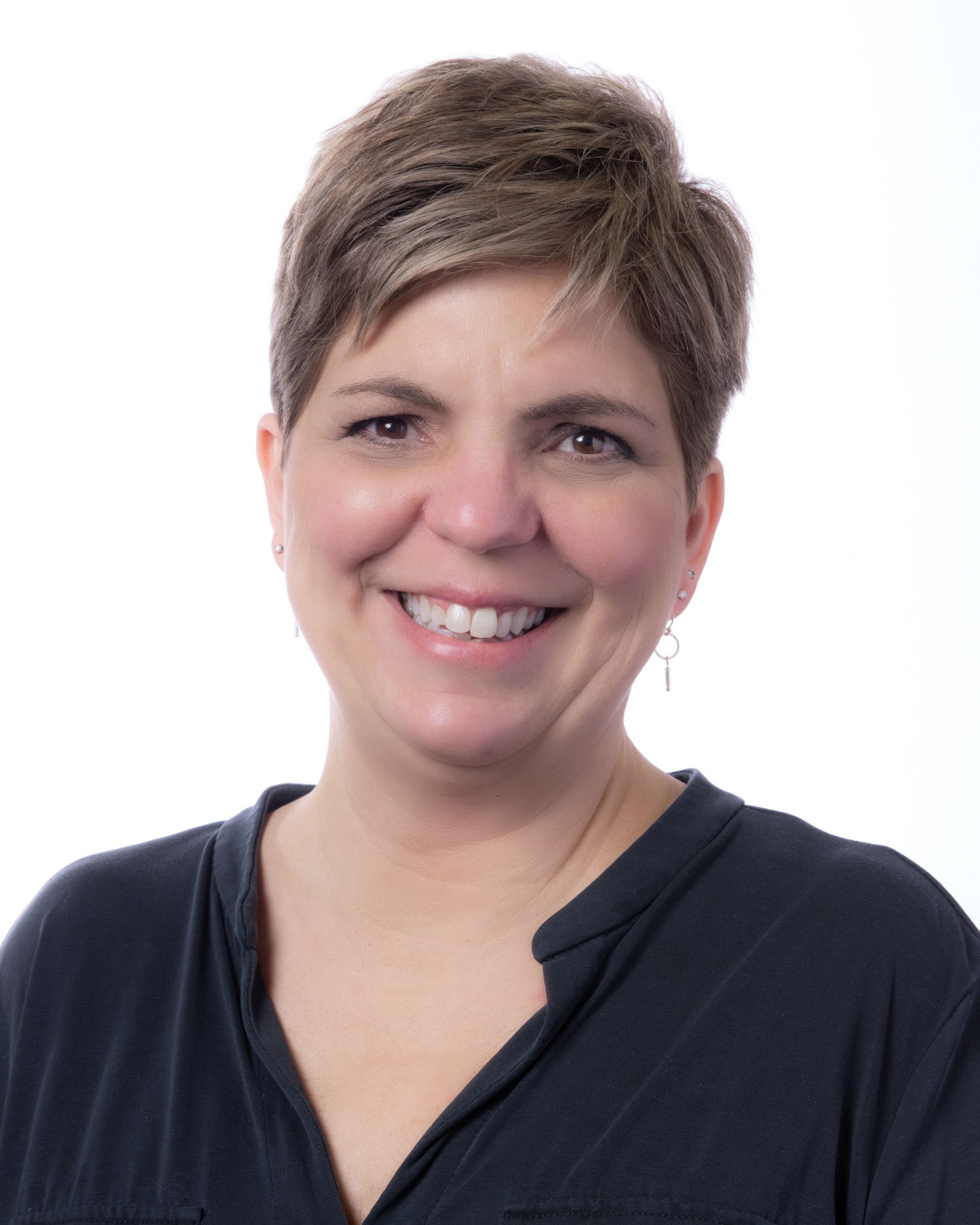 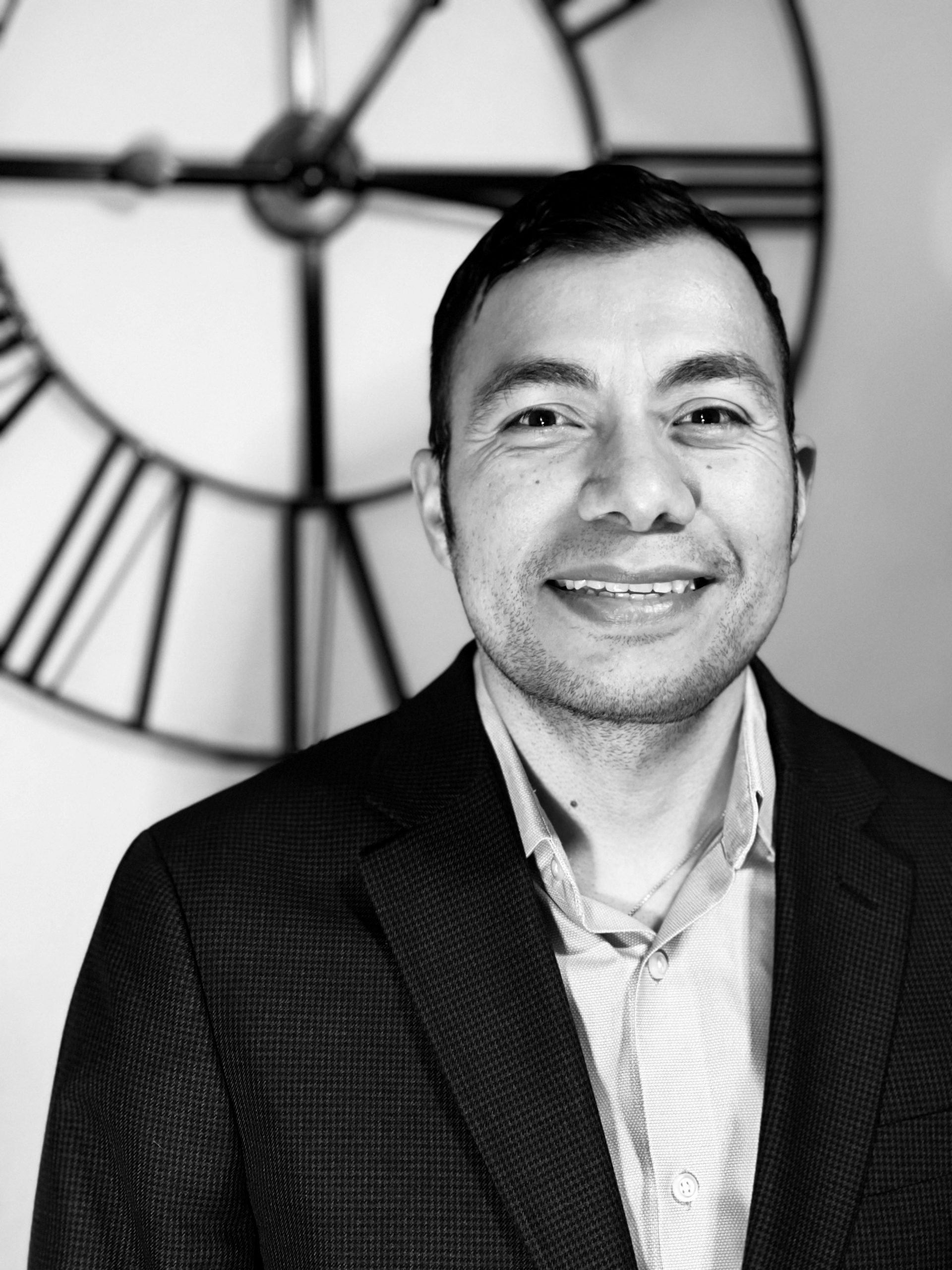 Advertise with Us Email: Anthony Land 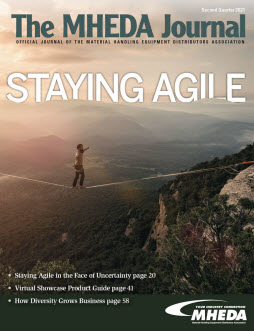